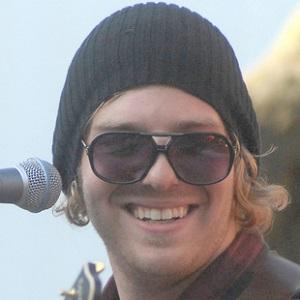 One year after winning a 2009 MTV Video Music Award, this Chicago-based singer and songwriter recorded his debut studio album, The Ladder. His second album, Black Bear, was released in 2013.

After studying marketing at Taylor University in Indiana, he began performing at numerous bars and restaurants in Chicago, Illinois.

His single "Sky's Still Blue" was used in a commercial for Microsoft Windows.

Born Drew Fortson, he was raised in Wheaton, Illinois. He married in the summer of 2012; his song "Pieces," which was released that same year, was dedicated to his wife.

He has toured with Washington-born singer Allen Stone.

Andrew Belle Is A Member Of