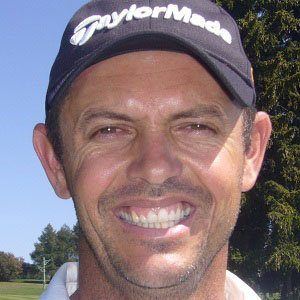 Scottish golfer who has won European Tour events like the 1998 Qatar Masters and 2001 Great North Open. He won the Alfred Dunhill Cup representing Scotland in 1995.

He was born in Dumfries and won the Scottish Boys Championship in 1987.

He was awarded the PGA Tour of Australasia's Order of Merit in 1997-98.

He has a sister named Laurae, who married golfer Lee Westwood. He has children named Bonnie, Florence and Iona.

He was teammates with Sergio Garcia on the European Ryder Cup team in 1999.

Andrew Coltart Is A Member Of