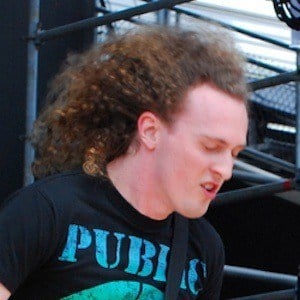 Bassist and backing vocalist who has found fame as a member of the American hard rock act Adelitas Way. He made his recorded debut with the band on their third album, Stuck (2014).

He played bass for the band Taking Dawn before joining Adelitas Way.

His debut with Stuck became the band's most successful release to that point, peaking at #2 on the U.S. hard rock charts.

He paid tribute to his late mother on Instagram in February 2014.

He has been bandmates with Rick DeJesus in Adelitas Way.

Andrew Cushing Is A Member Of