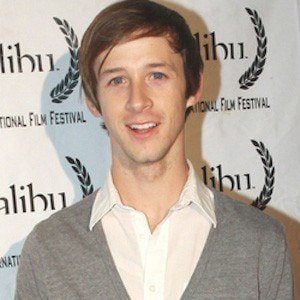 Actor known largely for his childhood work in shows like Dave's World, 3rd Rock from the Sun, and Thanks before taking a hiatus in 2000. He returned to acting in 2008 with a role on the show Cold Case.

He first appeared as Willie Barry on Dave's World in 1993.

He portrayed Spieling Peter Pan while working at Disneyland and became a fan favorite at the theme park.

He married Hali Gaskins in 2012 and they welcomed a daughter named Cadence in 2015.

He played the son of journalist Dave Barry on the show Dave's World.

Andrew Ducote Is A Member Of