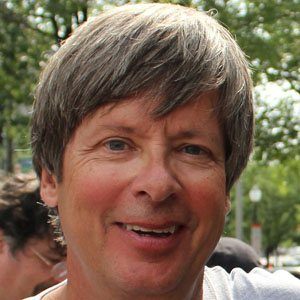 An American author and journalist, he received a 1983 Pulitzer Prize for his syndicated Miami Herald humor column. His many works of humorous fiction and non-fiction include Homes and Other Black Holes (1988), Dave Barry Turns 40 (1990), and The Shepherd, the Angel, and Walter the Christmas Miracle Dog (2006).

He worked as a reporter for the Daily Local News in Pennsylvania. In 1983, he published his first non-fiction work, The Taming of the Screw.

After divorcing his first wife, Ann Shelnut, he wed Beth Lenox, who became the mother of his son, Robert. In 1996, he married his third wife, Michelle Kaufman, with whom he had a daughter named Sophie.

His novel, Big Trouble, was adapted into a film starring Tim Allen.

Dave Barry Is A Member Of