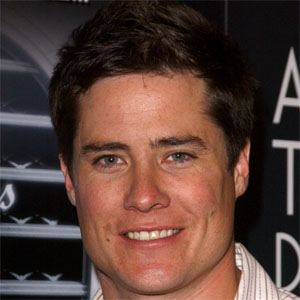 Star of the third season of ABC's reality dating series The Bachelor.

He studied business administration at the University of San Diego.

He has made other television appearances on Celebrity Poker Showdown and Celebrity Paranormal Project.

He proposed to Jen Chefft on the Bachelor and later married Ivana Bozilovic in 2008.

He was born into the Firestone Tire and Rubber Company family with Harvey Firestone, his great grandfather, being the original founder.

Andrew Firestone Is A Member Of