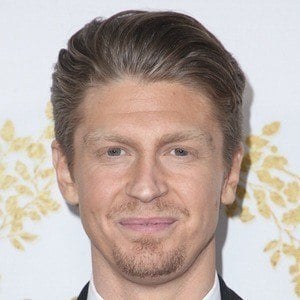 Canadian voice acting veteran who has voiced characters on a number of animated series, including Inuyasha, Dragon Ball Z, Johnny Test, and My Little Pony: Friendship is Magic. He is also known for live-action roles in films like Agent Cody Banks and The Invisible.

He began his voice acting career with a role on Yoroiden Samurai Trooper Gaiden in 1989, when he was just 9 years old.

He was nominated for a Gemini Award for Best Performance by an Actor in a Leading Role in a Dramatic Program or Mini-Series for his work in 2010's Fakers.

He was born in Vancouver, British Columbia. He began a relationship with Carrie Bailey.

He appeared with Frankie Muniz in the 2003 action comedy film Agent Cody Banks.

Andrew Francis Is A Member Of