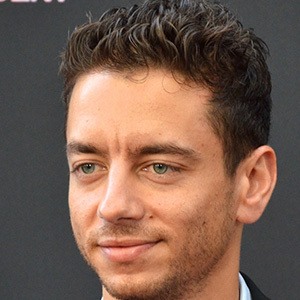 American actor who is best recognized for having portrayed the iconic leader David Miscavige in the Louis Theroux feature film My Scientology Movie. He is also known for having starred as Ed Rojas in the 2015 feature film Bastards y Diablos.

He studied acting in Chicago at Northwestern University and later The School at Steppenwolf. Upon graduating, he moved back to Los Angeles and made his debut in 2008 when he starred in the short film Wedding for One. His feature film debut came in 2012 when he tarred as Henry in the feature film Engagement.

He is known for having won the Best Narrative Feature Award at the 2017 Durango Film Festival for his work on the film Bastards y Diablos.

While he was born in Los Angeles, he grew up in the San Francisco area.

He starred alongside Nikki Limo in the 2012 comedy series Funemployment.

Andrew Perez Is A Member Of