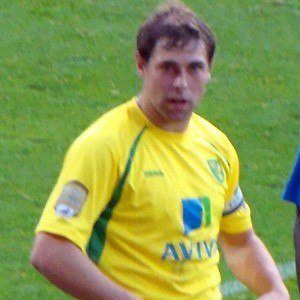 Striker who became Norwich City's captain in 2009 and was named the team's Player of the Year in 2010.

He played for his hometown's youth soccer organization, and at 18, he turned professional.

He requested a transfer out of Norwich City in 2012, but then decided to stick around, signing a three-year contract.

He grew up in Carlisle, England.

He and Robert Snodgrass both played for Norwich City.

Grant Holt Is A Member Of