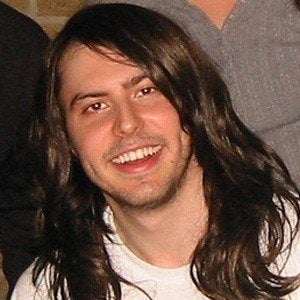 Singer-songwriter and multi-instrumentalist who released the single "Party Hard" in 2001. He also released the hit album We Want Fun. He has become a Twitter personality.

He recorded his first song when he was fourteen years old. His first band was called Slam.

He was the host of the Cartoon Network Show Destroy Build Destroy. He has released 6 studio albums throughout his career.

He married Cherie Pourtabib in 2008 but later divorced in late 2019. He has children but keeps his family life private. He became engaged to actress Kat Dennings in May 2021.

He toured with Ozzy Osbourne for Ozzfest in 2001.

Andrew W.K. Is A Member Of