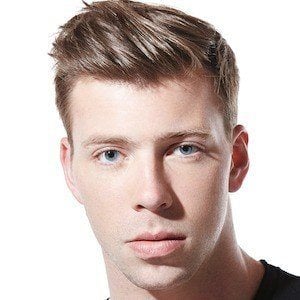 Choreographer whose talents have led to him working with artists like Jeremih and Ryan McDermott. He is a multiple-time Capezio A.C.E. Awards finalist and has been featured in a variety of dance publications, Dance Informa, Dance Spirit and Dance Magazine.

He began training at the Accent on Dance Studios in Waukesha, Wisconsin at age 9. He later accepted a full-ride academic scholarship to the University of Southern California, where he studied Business Administration and Cinematic Arts.

When he was 19 years old, The Industry Voice Newsletter described his work as "genius" and "monumental" after it was performed at Choreographer's Carnival.

He has a younger brother named Nick.

He has cited people like Travis Wall and Mia Michaels as key influences.

Andrew Winghart Is A Member Of