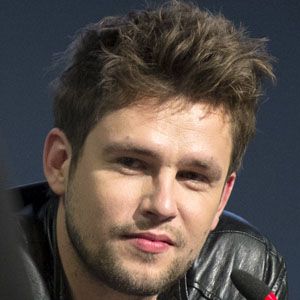 Lithuanian singer whose debut single, "Traukiniai," cracked the top twenty on the Lithuanian Singles Chart in 2012. The following year, he represented his home country at the 2013 Eurovision Song Contest.

He was born in Jurbarkas and joined a band called No Hero while in high school.

In 2006, years before becoming famous, he won the Eurorock competition as a member of the band Hetero.

He and Marijonas Mikutavicius have both represented Lithuania at the Eurovision Song Contest.

Andrius Pojavis Is A Member Of