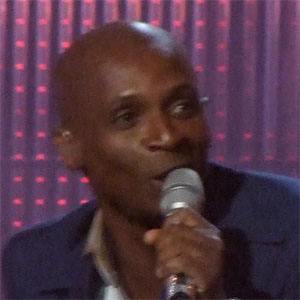 Perhaps best known as the runner-up on the 2005 season of the British X Factor, this popular singer and songwriter also competed for his native country in the 2008 Eurovision Song Contest.

Before becoming known as a singer, he worked as a garbage collector and a bus driver.

His debut album, The Impossible Dream, rose to # 2 on United Kingdom music charts and to # 1 on Irish charts.

He was born in North London, England, to a family of Grenadian heritage. With his wife Denise, he raised two children: Tara and Jacob.

At the end of Season 2 of The X Factor, he was narrowly defeated by Shayne Ward.

Andy Abraham Is A Member Of