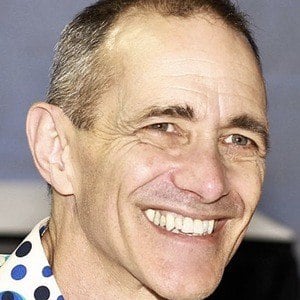 Famous for his Just! children's book series, which was converted into the animated TV series What's with Andy? Other notable works include picture books such as Once Upon a Slime and Stinky Stories.

Before publishing his first children's book in 1997, he performed lead vocals for rock bands called Skippy the Butcher and Gothic Farmyard.

He is known for his frequent collaborations with illustrator Terry Denton.

A native of Melbourne, Australia, he raised two daughters with his wife.

Actor Bumper Robinson voiced the character of Danny Pickett in the Canadian children's television series based on his Just! books.

Andy Griffiths Is A Member Of