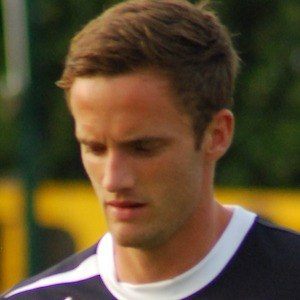 Welsh international midfielder known for his career with Leicester City. In 2016, he became the first player in the Premier League era to win the League One, Championship, and Premier League titles with one team.

He grew up playing for Chelsea's youth team, but eventually made his way to Leicester in 2004. He debuted with the senior team in 2007-2008 season, the same year they were relegated to League One.

Although born in England, he's represented Wales internationally, playing for the U19 and U21 teams before joining the top team in 2009.

He grew up in Maidenhead and qualifies for Wales through his grandfather.

Andy King Is A Member Of