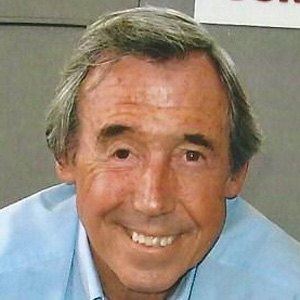 English soccer legend who played goalkeeper for the famous national team that won the 1966 World Cup at Wembley. He earned 73 caps for England.

He played soccer in the youth leagues, but didn't even consider a professional career after graduating.

He was named FIFA Goalkeeper of the Year on six occasions.

He had three children with his wife Ursula, whom he met while on his National service tour in Germany.

He had one of soccer's greatest saves against Pele in a 1970 World Cup match.

Gordon Banks Is A Member Of