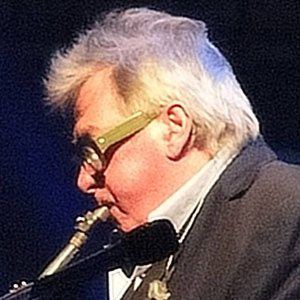 Founding member of the influential art rock band Roxy Music who played with the group from 1971 to 1983 and wrote songs like "Love is the Drug" and "Angel Eyes."

He studied music at Reading University and started out playing in a band called The Nova Express.

He wrote the theme music for the late 1970s series Armchair Thriller.

He has a son with his wife Lucinda.

He has played with a variety of notable musicians outside of Roxy Music, including Paul McCartney.

Andy Mackay Is A Member Of