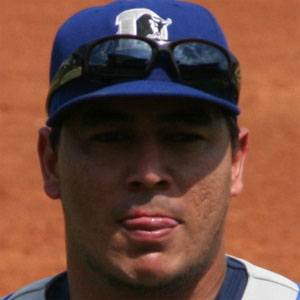 Infielder who made his MLB debut in 2005 with the San Francisco Giants.

He joined the Giants' Minor League system in 1998, where he stayed until his Major League call up.

After a year with the Giants, he joined other Minor League teams, and played professionally in Mexico and Panama.

He was born in David, Chiriqui, Panama.

He got his MLB call up to help fill in for an injured Omar Vizquel.

Angel Chavez Is A Member Of