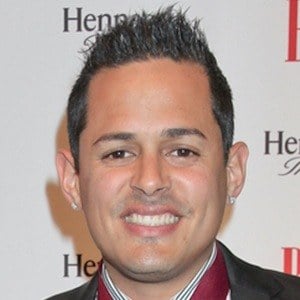 Reggaeton music performer who rose to fame as one half of the Puerto Rican duo Angel & Khriz. The duo's smash single "Ven Bailalo" went on to achieve international acclaim and peaked at the number 3 position on Billboard.

He began to pursue a full time career in music in 2001.

In 2017, he and his bandmate released their fourth studio album Los Internacionales.

He was born in Puerto Rico.

Both he and fellow performer Ozuna were born in Puerto Rico.

Ángel Rivera Guzmán Is A Member Of