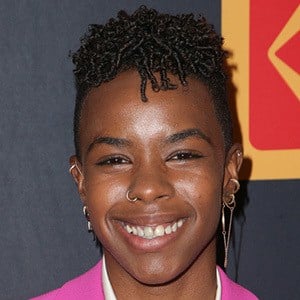 Actress, dancer and choreographer who became an instant star when she landed a recurring role on The Walking Dead in 2018. She posts lifestyle pictures and dance videos on Instagram for more than 220,000 followers.

She trained in tap, hip-hop, jazz and ballet at the Broadway Dance Center in New York.

She's worked as a model and dancer for the fashion company Louis Vuitton.

She moved around a lot as a kid and was raised by a single mother.

She originally auditioned for the role of Connie on The Walking Dead but lost the part to Lauren Ridloff.

Angel Theory Is A Member Of