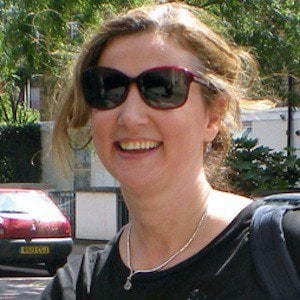 Chef, restauranteur, television personality, and cookbook author, she is one of the most high-profile female chefs in the cooking world. A protege of Gordon Ramsay, she he has appeared on television shows like Hell's Kitchen and Top Chef UK. She opened her restaurant Murano in Mayfair in 2008.

After completing her secondary schooling she went to Italy to work as a nanny for a year. After that she received a degree in history from Cambridge Polytechnic. While at university she worked for a hotel in Cambridge and discovered her passion for cooking. She began her cooking training at the Sandy Lane Hotel in Barbados.

She opened her own two restaurants at The Connaught Hotel in London in 2002. She won a Best Newcomer Award and even garnered a coveted her first Michelin Star in 2004.

Her father was an Irish sailor in the Merchant Navy named Patrick Hartnett, while her mother, Guiliana, was Welsh with Italian parents. Her father passed away when she was eight years old so she was primarily raised by her Italian family, especially her grandmother, who taught her to cook. She began a relationship with Neil Borthwick after they met working at The Connaught Hotel where he was her trainee.

She is a female chef who has received Michelin Stars like French chef Helene Darroze.

Angela Hartnett Is A Member Of