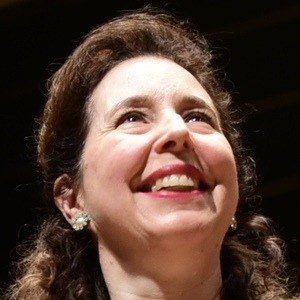 Classical musician who was lauded for her mastery of Bach's repertoire.

She also studied violin, recorder, and ballet. Her first piano recital was at the age of nine in Toronto's The Royal Conservatory of Music.

She was honored as the 2006 Gramophone Artist of the Year and was given the 2010 MIDEM Classical Award for Instrumentalist of the Year.

She was the daughter of Godfrey Hewitt who was born in Yorkshire. This gave her a British-Canadian dual nationality.

Her repertoire extended well beyond Bach and included Beethoven, Chopin, and Maurice Ravel.

Angela Hewitt Is A Member Of