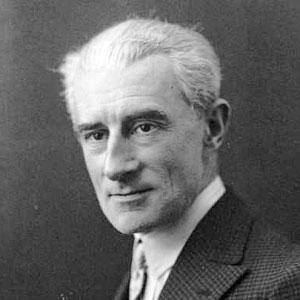 One of the pioneers of Impressionist music who was best known for his 1928 orchestral work "Boléro." He refused the Legion d'honneur when the French government offered it to him in 1920.

He was trained by the famed Émile Descombes while attending the Conservatoire de Paris.

He hated "Boléro," his most famous work, and considered it "a piece for orchestra without music" and trivial in the extreme. His music--especially "Jeux d'eau," --demanded virtuosity in skills from those who sought to master it.

He was born to Marie Delouart, who was of Basque descent, and Joseph Ravel, who was a Swiss inventor and industrialist.

Maurice Ravel Is A Member Of