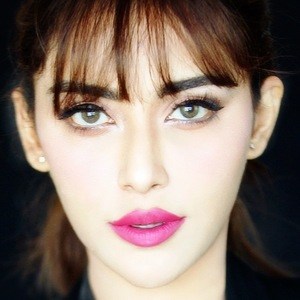 Indian actress who is known for her work on reality television and in feature films. She is most recognized for playing the lead role of Anjali in the 2017 Telugu / Tamil feature film Rogue.

She first began her career in entertainment on Season 1 of the MTV Splitsvilla series. She then began appearing on a range of different reality television series such as Beauty & The Geek. She went on to make her feature film debut in Jyothi Lakshmi in 2015.

She was interviewed and profiled in an article in The New Indian Express in July of 2017.

She starred alongside Zareen Khan and Karan Kundra in the 2018 Hindi horror film 1921.

Angela Krislinzki Is A Member Of