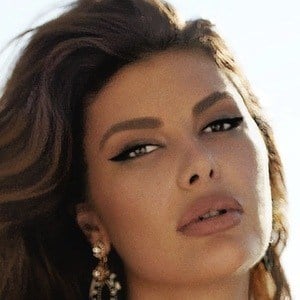 Model and beauty pageant winner, she is best known for being Albania's contestant in the Miss Universe pageant in 2010. She is also the owner and founder of her swimwear company called Martini Bikini in 2012.

She was first signed by Swiss modeling agency before being signed in both Miami and New York City. In 2010 she was pressured by Albanian officials to participate for the Albanian Miss Universe spot. When she won and attended the pageant, she finished sixth which is higher than any Albanian woman in history.

She has walked at Mercedes-Benz Fashion Week. She also appeared in the 2008 Sports Illustrated Swimsuit Issue.

She emigrated to Switzerland with her family when she was 10 years old and remained there until moving to the United States for her modeling career at the age of 18. Her mother was a biology and chemistry teacher and her father was a successful business owner by the time he was 25 years old.

She is good friends with fellow Albanian national, model, and singer Bleona.

Angela Martini Is A Member Of