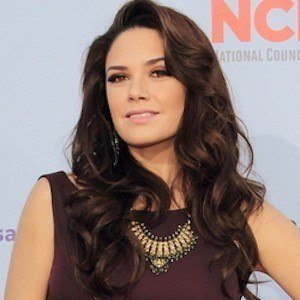 Actress who is best known for her work in Mexican telenovelas. In 2013, she was nominated for the Premios Tu Mundo Award for Best Supporting Actress for her work on the series El Señor de los Cielos.

She premiered in her first soap opera in 2003 on Ladrón de Corazones (English: Thief of Hearts).

She is trilingual, and speaks Spanish, English, and Italian. In 2012, she made her English language TV debut on the USA series Burn Notice.

She was born and raised in Tuscon, Arizona alongside her younger brother, Jesus. She is a 1st generation Mexican-American. She married boxer Luis García and in 2018, they welcomed their first son, Angel Alessandro. She was in a relationship with Mexican actor Rafael Amaya from 2010 to 2015.

In 2014, she was cast to star alongside Matt Ryan on the science-fiction TV series Constantine.