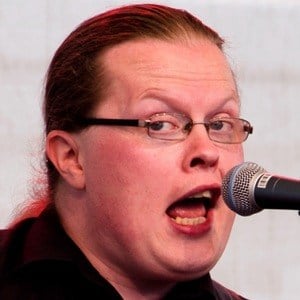 Folk singer who is the youngest member of the pop and folk band The Kelly Family that found success in the mid-1990s in Europe.

He was playing drums by 1993 and became a master of the instrument by the time he was 14.

He released his solo debut I'm Ready in 2006 and has been working as a solo artist since. He has over 160,000 followers on his angelokellyofficial Instagram account.

He and Ronnie Drew are both folk singers who lived in Spain.

Angelo Kelly Is A Member Of