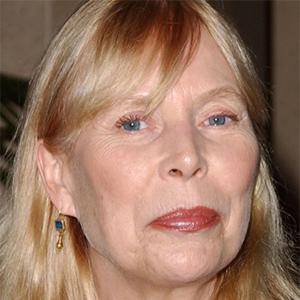 Folk singer-songwriter whose album Blue, which features songs like "A Case of You" and "River," is considered one of the greatest albums of all time by Rolling Stone.

She grew up without indoor plumbing or running water. Her songs like "Chelsea Morning" were covered by U.S. folk singers, giving Mitchell a foothold in the music industry.

One of her most famous songs is "Big Yellow Taxi."

She has collaborated with jazz legend Herbie Hancock.

Joni Mitchell Is A Member Of