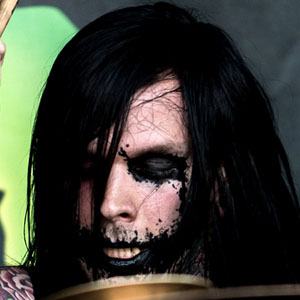 Founding member of the metalcore band Motionless in White who left the band in 2013 after the life of a musician finally caught up with him and he became physically and emotionally drained. He went on to host a weekly pro wrestling podcast at 5 Star Broadcast.

He, Chris Motionless, Frank Polumbo, and Kyle White, founded the band in 2005.

He is a big fan of drawing and graphic design. He designed t-shirts for bands such as Blessthefall, Of Mice and Men, and Breathe Carolina. After leaving the band, he became a tattoo artist at Black Casket Tattoo.

He is from Scranton, Pennsylvania.

He played alongside Josh Balz in Motionless in White.

Angelo Parente Is A Member Of