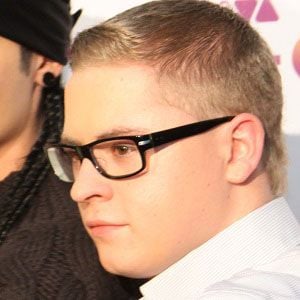 Famous as the drummer for the pop rock group Tokio Hotel. They have received numerous music awards, including a 2007 Golden Penguin Single of the Year honor for Durch Den Monsun and a 2014 Music Daily Award Album of the Year prize for Kings of Suburbia.

He released Schrei, his first studio album with Tokio Hotel, in 2005.

He and his bandmates won the 2011 MTV Video Music Awards Japan.

He and Sascha Konietzko are both drummers of popular German bands.

Gustav Schafer Is A Member Of