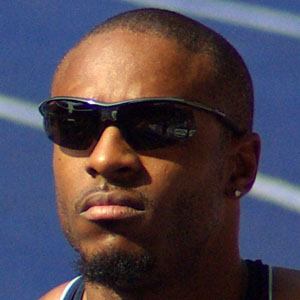 Olympic track and field athlete who won gold for the 400-meter hurdles at the 2000 and 2008 Summer games.

He began his competitive-running career at the 1999 World Championships.

He became a three-time world champion in the 4x400m relay in 2011 and also won a relay gold at the 2008 Beijing Olympics and a relay silver at the 2012 London Olympics.

He strove to carry on the legacy of legendary sprinter and Olympian Michael Johnson.

Angelo Taylor Is A Member Of