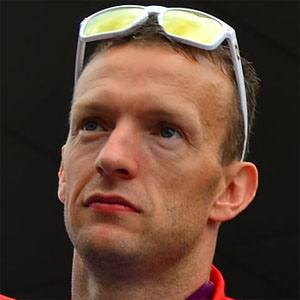 British athlete who is known for running with prosthetic legs after having a double-knee congential amputation. He has held the world record in half and full marathons for double amputee athletes and was appointed a Member of the Order of the British Empire in 2013.

He worked as a swimming teacher in Nottingham and played ice sledge hockey.

He ran in the 2013 London Marathon and launched a fundraising campaign called Richard Whitehead Runs Britain in 2013.

He was raised with his family in Nottingham.

Another athlete who took part in the Chicago Marathon like him is Liliya Shobukhova.

Richard Whitehead Is A Member Of