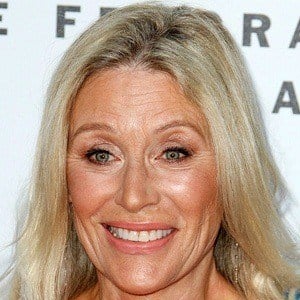 Model and former Playboy playmate and bunny who was once married to George Best, a former soccer pro for Manchester United.

She got her start when she was selected to be a bunny at the Playboy Club in London. This would eventually kickstart a career in fashion modeling.

She also briefly had a career in fitness modeling and used to train celebrities like Cher and Sharon Stone.

She used to train a variety of celebrities during her career, including Kill Bill star Daryl Hannah.

Angie Best Is A Member Of