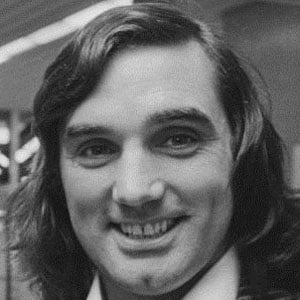 1968 European Soccer Player of the year who unexpectedly retired in the prime of his career at the age of 27; scored 137 goals in 361 appearances for Manchester United between 1963 and 1974.

He was a member of the Orange Order, which was important to his whole family.

He was one of the first European soccer players to become a celebrity, however, many felt this ultimately led to his demise.

He and Peter McParland both played for the Northern Ireland national team in the 1960s.

George Best Is A Member Of