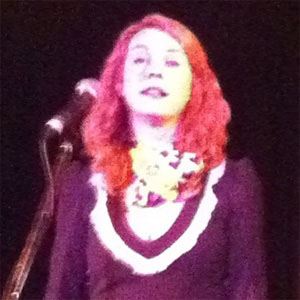 She was a regular drinker and pool player at local bars despite the fact that she was still underage.

Her 2002 song "Blue" was featured on the hit WB series "Buffy the Vampire Slayer" and was co-written by show creator Joss Whedon.

Her romance with Frente! guitarist Simon Austin caused considerable tension within the band.

She made an acting appearance as Lucy on the series "Firefly", starring actor Sean Maher.

Angie Hart Is A Member Of