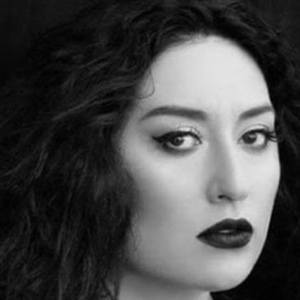 Georgian opera mezzo-soprano who rose to international renown for her performance as the titular character in the 2009 Milanese La Scala production of Carmen. Her performance was critically acclaimed after worldwide TV broadcast, and she later performed the role at the Met Opera in New York City.

She initially began her musical studies as a pianist. She later enrolled at the Tbilisi State Conservatoire to garner classical vocal training.

She earned critical praise for her 2016 performance as Amneris in the Paris Opera production of Aida. She also performed her role as Carmen at The Royal Opera in London and the Canadian Opera Company.

She was originally born and raised in Georgia.

She worked alongside Daniel Barenboim during her time in La Scala's production of famed opera Carmen.

Anita Rachvelishvili Is A Member Of