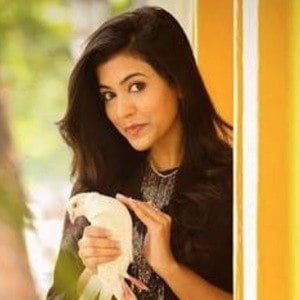 Actress who has become a star in the Malayalam film industry with roles in such films as Premam (2015), Kavi Uddheshichathu (2016) and Shibu (2018). She made her Tamil debut in the romantic comedy Chennai 2 Singapore (2016).

She was raised in Kottayam, India and attended the Hindustan Institute of Technology and Science in Chennai.

She has been active on the lip sync apps musical.ly and Dubsmash.

She posted an Instagram photo with her mother and father in June 2017.

She played the sister of Nivin Pauly's character in the comedy Neram (2013).

Anju Kurian Is A Member Of