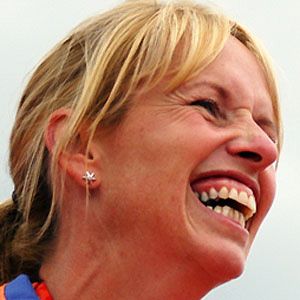 Dutch dressage champion who won gold medals in the individual dressage event at the 2000, 2004, and 2008 Olympics.

She won her first gold medal at the 1994 World Championships.

She has been named the World Cup Dressage Champion eight times.

She has two children with her husband Sjef Janssen.

Anky Van Grunsven Is A Member Of