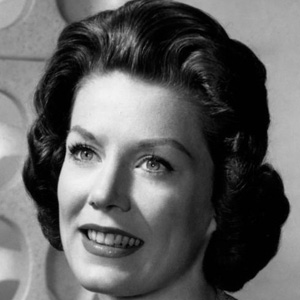 Most famous for her role as journalist Nancy Pollock Karr on the soap opera The Edge of Night, a role she played from 1962-84.

She made her TV debut on the series Kraft Theatre in 1957 on the episode Charm Bracelet.

She frequently appeared in matronly roles on shows like Search for Tomorrow and was famous for appearing in commercials for Seasons Salad Dressing.

She co-starred with Anita Gillette on The Edge of Night.

Ann Flood Is A Member Of