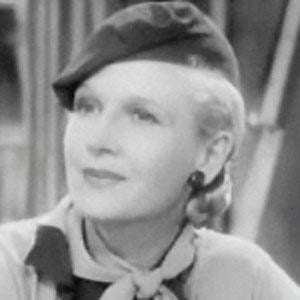 She started her acting career on Broadway.

She was nominated for an Academy Award in 1931 for her role in Holiday, in which she played Linda Seton.

She was married to her second husband, Werner Janssen, for 25 years before divorcing him in 1962.

She appeared in Holiday with Mary Astor in her most memorable role.

Ann Harding Is A Member Of