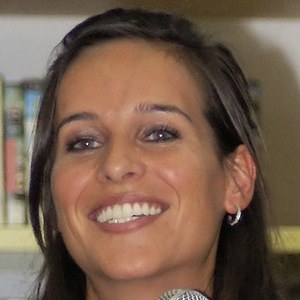 Television presenter and model who won the title of Miss Belgium 2002. Since then, she has hosted numerous shows for TV1 and VT4, including Mediamadammen, Supertalent in Vlaanderen and Summerdate.

She earned a Master's degree in business economics.

She refused to participate in Miss World 2002 in protest of the conviction of Amina Lawal.

She was married to soccer player Gunter Van Handenhoven until 2012. She has a daughter named June.

She and Tatiana Silva are both former Miss Belgium winners.

Ann Van Elsen Is A Member Of