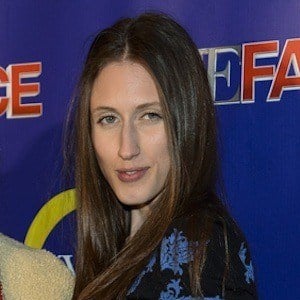 Fashion model who has been featured on the cover of more than a dozen magazines, including Vogue Germany, Harper's Bazaar Russia, and Glass Magazine. She has hit the runway for such designers as Jeremy Scott and Jean Paul Gaultier.

She grew up in a small village near Lake Maggiore in Italy. By the time she was a teenager, she had been styled by the likes of Christopher Niquet.

She once made headlines by walking the catwalk in a Moschino dress that was literally on fire.

She is the daughter of model Pat Cleveland and Paul Van Ravenstein.

She became the muse of designer Zac Posen as a teenager.

Anna Cleveland Is A Member Of