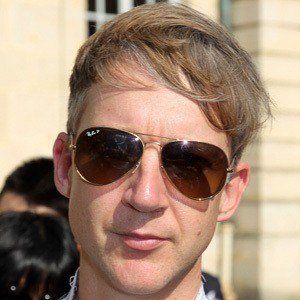 Journalist and media entrepreneur who is known for having co-founded and served as CEO of Dazed Media. He is also recognized for working as the editorial director for several of Dazed Media's subsidiaries.

He co-founded Dazed Media in 1991 while attending the London College of Printing.

He has been a speaker at both the Web Summit and Mediacom Beyond Advertising conferences.

He and model Kate Moss had a daughter named Lila Grace Moss-Hack.

In 2015, he partnered with Rihanna on a project for fashion guru Alexander McQueen.

Jefferson Hack Is A Member Of