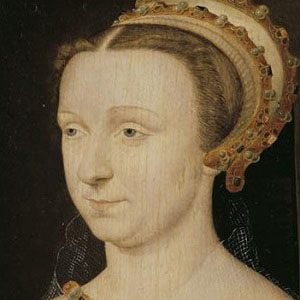 Remembered for her role in the sixteenth-century French Wars of Religion, this French-Italian royal held the titles of Duchess of Aumale, Guise, Nemours, and Genevois.

The daughter of Renee of France and Duke Ercole II of Ferrara, D'Este spent her childhood in Italy and received her early education from the classical scholar Olympia Fulvia Morata.

At the end of her life, she found herself in the service of Queen Marie de Medici.

Her first marriage, to Francois de Lorraine, produced Henry I, Duke of Guise; Catherine, Duchess of Montpensier; Charles, Duke of Mayenne; and Louis II, Cardinal of Guise. With her second husband, Jacques de Savoie, she had two sons: Charles Emmanuel and Henri (both Dukes of Nemours).

Anna Deste Is A Member Of