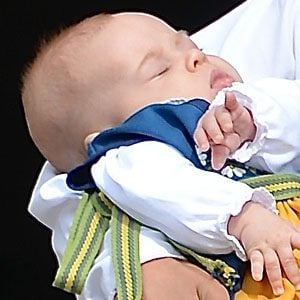 Born to businessman Christopher O'Neill and Princess Madeleine, Duchess of Hälsingland and Gästrikland, this member of Swedish royalty was, at the time of her birth, fifth in line to her country's throne. She was given the title of Princess Leonore, Duchess of Gotland.

On her parents' first wedding anniversary, she was baptized at Drottningholm Palace and welcomed as a member of the Church of Sweden.

Her godparents include Crown Princess Victoria (her aunt) and Patrick Sommerlath (her cousin).

Born Leonore Lilian Maria, she is the granddaughter of King Carl XVI Gustaf and Queen Silvia of Sweden. She has a younger brother named Prince Nicolas and a younger sister named Princess Adrienne.

Her father, Christopher O'Neill, was born in England to a British father and an Austrian mother and attended college and business school in the United States.

Princess Leonore Is A Member Of