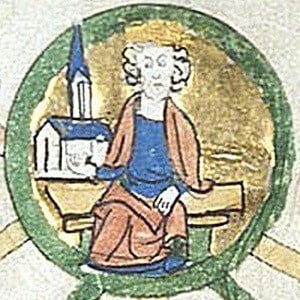 King of England from 1216 to 1272 who clashed with nobles over the powers of his throne. When not fighting the British nobility he tried, unsuccessfully, to assert British control on the Continent.

He inherited the crown at age 9.

His took large amounts of money from Jews in England and passed the Statute of Jewry, which attempted to divide their communities in England.

His older cousin, Eleanor of Brittany, had a better claim to the throne by virtue of parentage, but the ruling class did not want a woman on the throne.

He was the first British monarch to reign over the land for more than 50 years; Queen Elizabeth II also went on to reign for over 50 years on the throne.

Henry III Is A Member Of