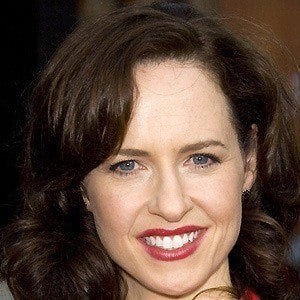 Australian actress who appeared in such TV series as Smallville, Tin Man, and The New Adventures of Robin Hood. She also played a supporting role in the TV movie Girl Vs. Monster.

She studied at the University of Melbourne and at England's Oxford School of Drama.

She played Inspector Megan Connor in seven episodes of the 1990s television series The Sentinel.

She married Raul Inglis in 2003. The couple has a daughter.

She was briefly engaged to actor Garett Maggart.

Anna Galvin Is A Member Of