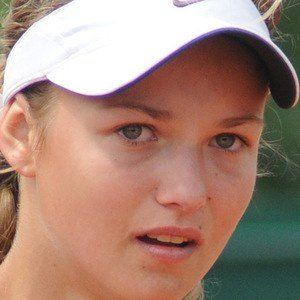 She began playing tennis at age five and was coached by Levan Nanava.

She won her first Junior Grand Slam title at the Australian Open.

She has made multiple ITF Finals alongside doubles partner Tereza Mihalíková.

Anna Kalinskaya Is A Member Of