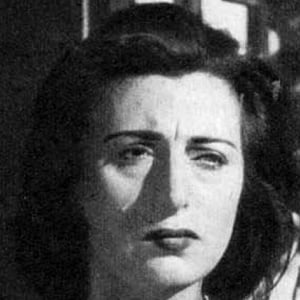 Italian stage and screen actress who won an Academy Award for her role in the 1955 film, The Rose Tattoo.

She became inspired to act when she watched the nuns at her convent school stage Christmas plays. At age seventeen, she began studying at the Eleonora Duse Royal Academy of Dramatic Art in Rome.

She was nicknamed La Lupa for her fiery onscreen persona.

She was married to filmmaker Goffredo Alessandrini from 1935 to 1950, and she had a son who suffered from polio.

She won an Oscar Award for her role in the film version of Tennessee Williams' play, The Rose Tattoo. Williams, a longtime admirer of her acting work, wrote the role of Serafina Delle Rose specifically for her.

Anna Magnani Is A Member Of