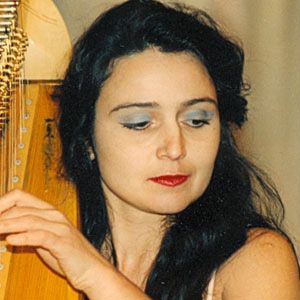 Harpist and composer who co-founded the American University in Bulgaria. Her 2002 performance at the Eighth World Harp Congress in Geneva gained great acclaim.

She attended Indiana University, Bloomington. She was the recipient of the Artist Diploma for Superior Artistic Achievement in Harp Performance.

Her debut in the United States was at Carnegie Hall in 1992.

Her family was residing in Sofia, Bulgaria, when she was born.

Her students played the entirety of Piotr Tchaikovsky's "The Seasons" on the Balkan Peninsula in 2008.

Anna-Maria Ravnopolska-Dean Is A Member Of